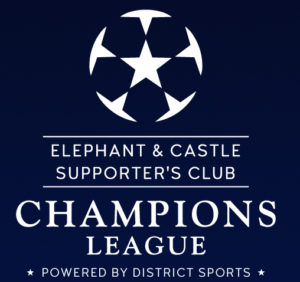 – It is recommended that no more than 15 players “dress” for any particular tournament match.

– There is no specific coed rule for the tournament. Players of all genders are welcome.

– Only players who have been added to team roster are eligible to play.

– Team will provide their own jerseys. District Staff will have sets of t-shirts and pinnies available if needed.

–  Players, coaches, and spectators are expected to conduct themselves within the spirit of the Laws of the game.  Displays of temper or dissent are cause for ejection from the game and surrounding field area. Overly Aggressive or wreck-less play will not be tolerated.

– A player receiving a yellow card will be asked to sit out for a period of time (approximately 2 minutes).

– Any player receiving a red card shall be disqualified from the remainder of the tournament.

– All Referee decisions during game play are final and can not be over ruled.

–  Teams will be divided into two groups and will play each other in a round robin format.

– The top four teams will qualify for a knockout play off tournament.

– Qualification for knockout rounds will depend on registration and division make-up.

– Teams / players will not be granted refunds within 5 days of tournament.

FIFAs Laws of the Game will be used as the basis of all rules with the following modifications:

–  All players must wear proper equipment to play in all matches. Shin guards must be fully covered by proper socks.  Any items that have hard plastic or metal parts are considered dangerous and not allowed to be worn during play.

–  The field of play has been modified to suit the number of players and field locations.

–  First round games will end in ties at the end of regulation play; subsequent elimination games from the second round and on will play a single 5-minute, golden goal overtime to begin immediately after regulation time expires.  If still tied teams will go to a 5 round penalty kick shootout.  If the shootout is tied after five rounds a sudden death shootout will commence until a winner is decided.

–  Slide tackling is not allowed, except by the goal keeper inside their own penalty area, and can be considered either a foul or playing in a dangerous manner as determined by the referee.

–  Yellow cards are not cumulative and do not carry over from previous matches.

– Referees will send players who have received yellow cards off the field for at minimum a 2-minute “cool down” period. They may be replaced on the field of play.

–  Any player receiving a red card shall be disqualified from the remainder of the tournament.